May you have a very blessed Christmas! 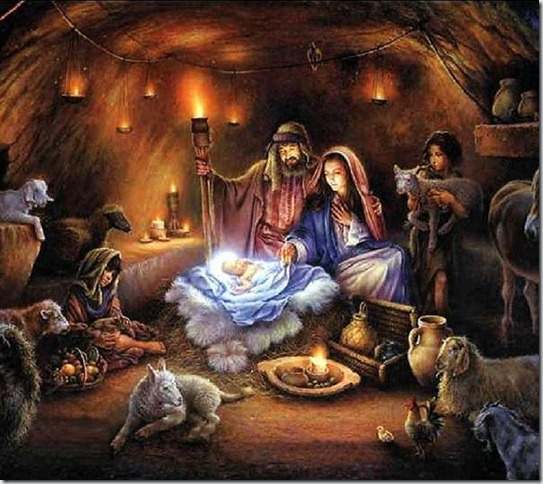 .
I'm not sure why I continue to be surprised by this president. Just when he has an opportunity to be generous and/or gracious he just. can't. do it. He is an angry, bitter man. 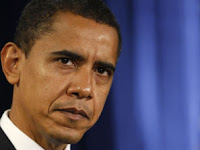 Was it possible for him to have a press conference about continuing the Bush tax cuts without devolving into an 'us and them' mentality? Apparently not. Was it possible for the president to give the Republicans and the people something they need and want without being grudging and petulant? Apparently not. Was it even possible to discuss the issue at hand without trying to prove how scrappy and tough he is? Um.. no.
And Democrats out there are losing their minds! I was listening to the radio today and heard a clip from MSNBC - it was a woman saying that now we are going to be borrowing money to give to the wealthiest Americans. Excuse me?? We're going to borrow money to give to the people who are simply being allowed to keep more of their own money? Because it IS their own money! Why do people so conveniently forget that? That money belongs to the people who earn it, not to the government that takes it and wastes it.

So the logic is, not taking more money from the people it belongs to adds to the deficit. STOP SPENDING!!!!!! No one is GIVING money to the wealthy, but the government IS giving a hell of a lot of money to the unemployed! It kind of makes you feel relaxed doesn't it - that if you righteously get laid off or screw up and get fired .. you'll have a comfortable three years to find another job! So yeah, stay home for a year, work on your tan or your abs .. cook meals and get reacquainted with your family. On OUR dime. Nice!
Being out of work is starting to sound better all the time! Unfortunately we are paying people to not work. Most of us know someone .. lost their job a year ago, has taken a couple of jobs for cash so they didn't lose their full unemployment benefit or, either did not apply for lower paying jobs than they wanted, or turned them down if they were offered. Because they are damn comfortable with that free money. I do not believe someone cannot find a job in 2 years. I do believe someone very well might not find the job they WANT in 2 years. That's an entirely different thing.
The left is screaming, some of the right is too. Nobody is satisfied with what they are getting, if this turns out to be the deal. I'm pretty sure the left has never been so far from the right in history. The way the facts are twisted on a daily basis is disheartening and contributing to the polarizing of America.

Where is our leader? The person who is supposed to make decisions that are best for the people and true to American culture and ideals? Where is that leader who is graceful in defeat and above purely political decisions on matters of national defense and proposals to strengthen a faltering economy?
Because he's not in the White House now. The man in the white house is an empty suit of a man/child who cannot fathom that everyone doesn't see things his way and isn't willing to play by his rules because he is making them up as he goes along.
It's time for the man to take his bat and ball and go home. Please Mr. President, become the hero you want to be. Resign. You are incompetent.
.
Posted by Janie Lynn at 10:21 PM 1 comment: