I love it when Steven gets angry

Unknowingly voted for a pink slip.

.
On Monday my office mate was let go. She has worked for the company I do, for 26 years. At a point in her career when she should be able to expect a gold watch, she got a pink slip instead. Her name is *Jane. 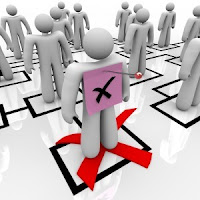 Jane had a choice to leave on Monday or to stay and tie up lose ends until the end of the week. She chose to stay. Before the end of the week she had 3 competitors asking about her, and the managing director of our location (we are a national, no - international company) coming to have a closed door meeting with her. Jane will not have trouble getting a new job. I don't think anyone is worried about that for her. She is not one of the lucky ones, she is one of the smart ones. She has a couple of degrees and certifications in different aspects of the business as well as one particular certification for something that only about 50 other people in the U.S. have.

The part that stinks is the way it feels to be the one who gets picked as expendable. Even with all her talent, even with all her contacts, Jane's number came up. Why? We don't know. She worked too long and made too much money? Maybe. She had changed positions lately and was the last hired in her area? That's a possibility too. But whatever cost reducing measure they were implementing when they let her go is going to cost the company in the long run. The amount of skill and knowledge Jane takes out the door with her cannot be replaced. 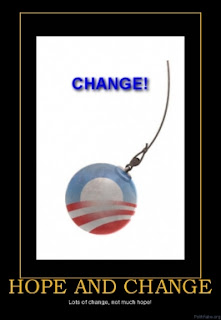 Jane and I have worked in a small room together for the last 2 years or so. I have learned more from her than from many other people I have worked with. But it has also been a love/hate relationship. So the little part of me that she annoys - the part of me that is angry that she doesn't apply her intelligence to current affairs - that part of me that wanted her to just listen to a different point of view - that little evil part says -

The other part of me is angry with the corporation with it's nameless, faceless pink slips, and I will miss Jane very much. But damn girl! Use your brain!

You probably voted yourself right out of the company you planned to retire from one day.

*Not her real name, duh.