Going down the toilet

*
I have been busy. It's the Christmas season which brings it's own special kind of stress. There have been other issues to attend to and I have not had much time to blog. But also? I am disheartened. Obama gives himself a B+? 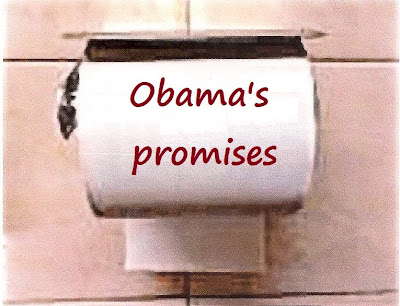 Everything going on in Washington right now is simply incomprehensible to me. Harry Reid and the White House are pressuring and bribing dems to support the healthcare bill. Obama called democrats to the White House today, he wants this bill passed because it's all about him. This is HIS chance to make history. Forget about all the promises about transparency and debates on C-Span and hell - forget a HUGE portion of the American people. People who will be footing the bill for this monstrosity. Because it's all about him.

He is closing Gitmo and those terrorist prisoners of war will be coming to the great state of Illinois. My state. Obama's state. It's enough to make me want to move.
The untruths, the flat out lies emanating from every corner of this administration and it's democrat majority in the house and senate are astounding! And it all boils down to one thing.
Redistribution of wealth.
I have worked my ass off for years being a single mom trying to keep my head above water and now when I have reached a place where I can sort of breathe every month instead of scrambling to decide which bill I can pay - I am going to be punished - for the greater good, of course.
*
There will always be an upper class, the wealthy. No matter what bills are passed or laws created - the rich will always be there because they can buy what they want be it healthcare or housing or status. But the middle class? People like me? We are the ones the money is going to be taken from. We are not going to be the ones to benefit from this government. I'm not asking for Washington to give me one damn thing. Unless you count asking them to just leave me the hell alone!
And the poor? They will still be poor. Except they will have even less incentive to NOT be poor with everything the government wants to give them. The more dependent you make someone - the more power you have over them. And when people are not encouraged to take care of themselves - initiative and a desire to succeed is killed. The poor - remain poor.
This healthcare bill is simply a huge leap into Socialism, giving a frightening amount of control to the government.
I won't stop fighting in any way I can. I won't stop speaking out but I am so disappointed that we have gotten to this place. And I am tired.
Posted by Janie Lynn at 6:46 PM

Email ThisBlogThis!Share to TwitterShare to FacebookShare to Pinterest
Labels: tired

They are counting on you, and those of us like you, to get tired enough to give up the fight...to give in to their quest and thirst for power and let them have their way.

Your voice is an important part of the whole called conservatism, and we all need to continue, if liberty is to triumph over tyranny.

Resist the urge to back off or to lighten the battle.

Each of us is only a single voice, but we form a thread that is the weave of conservatism and reason.

Be encouraged! We will overcme if we perservere!

Thank you Joe. I haven't had time to read as much as I'd like or watch the news so I'm feeling a bit cut off. You lift my heart tho, I know there are so many of us that feel the same way and it helps!