*
. . . it's the tactics used to move it through the Senate and the House. Threats, bribes and 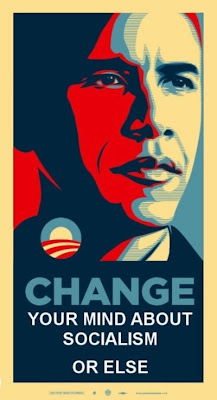 coercion. The man that swept into the White House with promises of hope and change is a liar, a bully, and no better than a thug on the streets of Chicago.

I am angry that all those people who voted this man into office could not or would not see through him. I am angry he has gotten this far with his un-American agenda.

I understand this healthcare bill is not a done deal yet but it is so very close. All Obama wants is power and control and a big write up in the history books. He does not care about me, my neighbors, or you. Because if he did - he wouldn't have continued to push this issue after the strength of the opposition from the American people was made known.

The state of Nebraska will never, ever, have to pick up the tab for Medicaid in their state. Never. What kind of deal is that? It never should have been offered and Ben Nelson should be ashamed for accepting it.

The back room deals and force used to move this bill forward have been about the only thing transparent about the whole process. All involved are criminally negligent in representing their constituents. They are doing what THEY want to to do, not what WE want them to do, and they don't care who knows it.

We need to throw them all out and start over - for the people, by the people - as soon as we are able.
*
Posted by Janie Lynn at 5:06 PM

Email ThisBlogThis!Share to TwitterShare to FacebookShare to Pinterest
Labels: anger

We should have learned from the ACORN corruption. The ONLY way the liberals can propagate their socialism is through the "back door". In short, they cheat. Cheats and the very nature of their "spread-the-wealth" program are contrary to the wishes of we the people. Otherwise, the socialists wouldn't have to cheat to push their agenda. They'd have our approval. People grow angry at and tired of the misrepresentation, waste and sloth of the politicians whom we pay to represent us. At some point, it's gonna boil over ... I'm just sayin'.