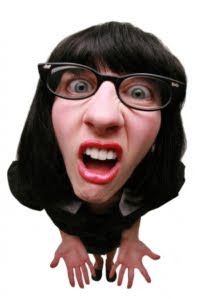 I saw a defense attorney from Chicago on FOX tonight, saying that there is no such thing as an "enemy combatant" anymore. Her reason? Because Obama said that characterization is not to be used anymore in the U.S. So, the words don't exist? If you try to say them the words will fall off your tongue and evaporate into some kind of evil mist? Because you know, Obama said so.
The C.A.I.R. Communications Director was also on FOX tonight. And I could not care less what his name is. He was talking about profiling and how can you catch those Swedish grandma Muslim terrorists if all you're doing is looking for guys who look middle eastern? (insert rude noise here.) Well if we use profiling as our only tool, that would be stupid. If we used watch lists as our only tool, bad too. But if people paid attention when a young guy who is flying alone smacks down $3000.00 cash for a plane ticket (one way) and has no luggage to boot, that could be a tool we 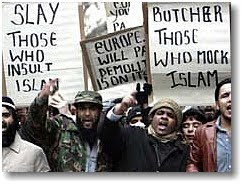 The point is - we need to use as many tools we have available to us and I am sorry if it hurts somebodies feelings. If I were profiled because people like me were running around doing bad things - I would be angry with those people who look like me! Not at the cops or security people who are trying to protect me and everyone who wants to get on an airplane!
Somebody ask Israel, would ya? They use profiling heavily, no bones about it. I'm sure they use many tools and it works quite well for them. We have to stop being sissies about offending people when it comes to safety! Did anyone do a breakdown of the people on that plane on Christmas? There were men and women, young and old, children, and if that guy hadn't started his underpants on fire and had actually blown up the plane - there were be some member of C.A.I.R. with his head held high that he kept us from profiling Muslims.
What do the pe 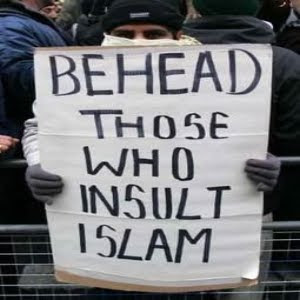 ople who have been trying to kill us using terror for the last 10 years or more have in common? They are Islamists. Muslims. Jihadists. And they hate us. They hate us because we are not of their religion and we breathe the air. Apparently that's all it takes. And they Want. Americans. To. Die.
If we want to protect ourselves we need to use every tool at our disposal. If that means my son (who has very black facial hair) gets pulled aside and patted down when he flies - SO BE IT!!!! Who the heck cares? It will make the person sitting next to him on the plane feel a bit better.
Our would-be Christmas bomber should not have gotten as far as we did but now - he should be treated as an enemy combatant, he is a soldier in a war declared against us many years ago. He does not deserve Miranda rights or a comfy cell and a well heeled lawyer.
I said it Mr Obama. Enemy combatant. Enemy combatant. What are you going to do about it? Just ridiculous.
Posted by Janie Lynn at 7:58 PM

Obama and his flunkies have changed the names but it doesn't change reality. Terrorists are "man-made disaster makers" now, but their murdering evil is the same. Obama is in charge and it's his job to protect us. He owns it. He better start taking it serious.

Can't we at least "profile" non-terrorists and leave them alone? Reverse profiling, if you will.

Over from Coffee Milk Conservative and glad I came! Great post. It made me laugh out loud.

There. I said it. Let them come get me if they dare.

Profiling makes sense. Therefore, why should the government be expected to engage in it?

He cna't change reality with words. WE MUST NOT ALLOW IT!

Oh, & Joe, you're skating on thin ice, my friend. I hear you've already been placed on the WH watch list b/c of your subversive activities! ;)