*
Had some family in town recently, doesn't matter which ones, they are all liberals.  One of my brothers made a remark about George Bush going into Iraq because his dad didn't get the opportunity to finish the job there so doggone it - he was going to.  *crickets*  Yes, he really did say that.  Today a coworker said she had seen George Bush on TV the other day but "he's just not articulate, I couldn't watch him."  Really??
Dubya is all over the TV right now because he's selling his book.  My copy came yesterday, I pre-ordered it.  I did not agree with everything George Bush did.  I did not like the way he did some things.  But I liked and I respected him.  I cannot say that about his successor.  I thought I would illustrate some of the reasons I liked President Bush.
﻿
He was real. 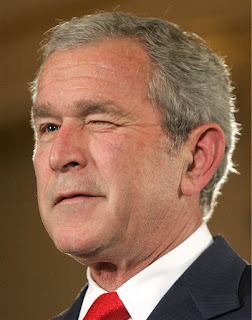 He could throw a baseball without looking like a girl.
No offence to the girls out there. 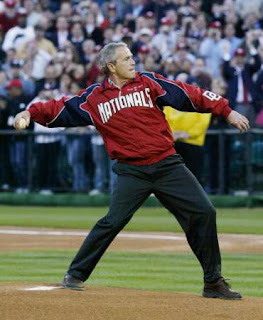 He was a cowboy and a leader when we needed one. 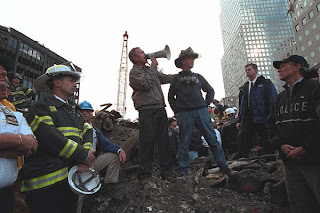 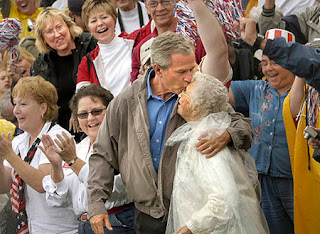 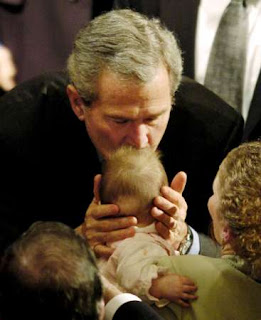 President Bush liked people, and I never got the
feeling it was just a photo op. 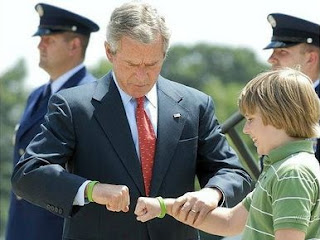 Also - I'm pretty sure he knew how to use one of these. 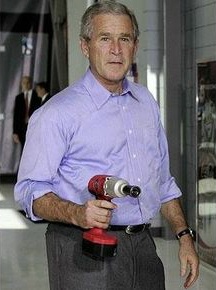 He respected and loved the military, 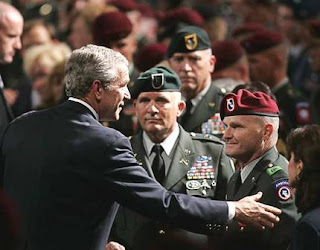 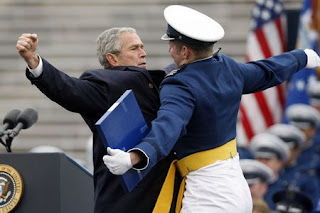 He graciously wished his successor well, and did not flinch when
Obama turned around and blamed everything on him just minutes later. 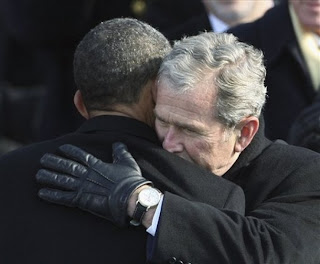 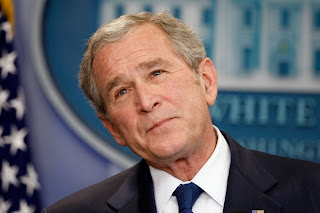 He wasn't too cool for the Easter Bunny. 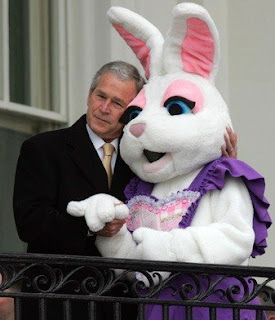 He wore his heart on his sleeve, loved this country, and was
simply a decent man who deeply respected the office he held. 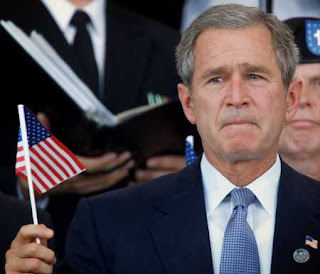 Also - there were some moments when he
reminded me of Johnny Carson.  And I miss him too. 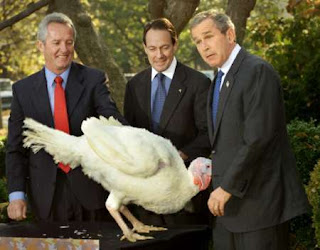 Your assessment of GB is right on!

This is a wonderful post. You know, I saw G.W. and his father at the World Series game a few weeks ago and thought the same as you...he knows how to throw a baseball. I've seen several of his interviews in the past week and I must say, he is so down to earth compared to what we have now. Thanks for the memories and I am going to link to this post at TCL FB.

Thanks Joe, I just really respect him.

TCL - Obama should not ever throw a baseball again. Ever. There's the picture on my right sidebar. Cringe-worthy. George Bush was the real deal. He was a human being!

Aw, this is great. I love President Bush. Like you I didn't agree with everything he did, HATED the big-spending entitlement stuff, but he was a GOOD man, a good person, and a good president in terms of loving America and never embarrassing me when he traveled. His heart, you could always tell, was true.

I got my copy of his book yesterday, and am so loving it. I can almost "hear" him as I read it. I miss him incredibly much. More with each passing day, actually.

Haven't started the book yet, still reading Laura's. I don't read nearly as much as I used to.

I really have a hard time understanding why people hated him so much.