Our bird is the magnificent bald eagle - as Americans - it's time to fly!

No one was more surprised on September 11th 2001 than I was. I was not politically aware and had only a vague idea of what and where the World Trade Center was. Most of us were in shock, our world had shifted on it's axis and thrown us totally off kilter. Not surprisingly so.

It was a huge and horrific event, and like George W. Bush said when he heard the third plane hit the pentagon - I knew it was a declaration of war. 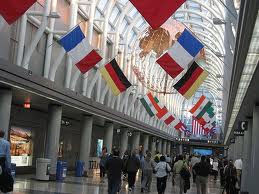 For days afterward I spoke to my teenage kids about what happened. To me it just didn't seem that they grasped the enormity of what had just occurred. I wanted them to get it, to absorb it, to deal with the
feelings involved in something so catastrophic. Still, it seemed more surface to them, as if they were not as surprised as I was and were taking it in stride.

Because of the school he went to my son was a captive audience for me every week day for about 20 minutes to school and 20 minutes back, as I drove him to school on my way to work and picked him up at his grandparents house on my way home. I had the same concerns everyone else did about the lost and missing loved ones, the grieving families left behind. Watching TV whenever possible fed my need for information, and caused me to cry over and over for all of those Americans forever scarred by the actions of so few.
And over and over again I asked why. And honestly to this day I still don't understand why.
But, with air traffic shut down for days I remember saying to my son on the way home one evening "y'know, they killed a lot of people, and for whatever reason they want to kill us all. But what they are really going to do is kill us economically." 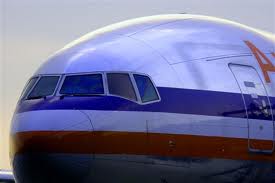 Now if you know me you know I'm no Stephen Hawking, but that one fact was as clear to me as my own name. The airline industry is huge, and it affects every corner of our economy. There isn't a single business that does not require supplies of some sort, commerce in general requires travel, the ability to move people, things, and ideas from one side of the globe to the other. And the airline industry has not been the same since September 11th.
I'm not fond of flying these days. Never liked it much anyway but if we don't fly, even in protest of the intrusiveness of the body scans and enhanced pat-downs, we are hurting the airline industry as surely as if
we brought a plane down ourselves. Please keep flying. Don't let them win. Their aim is to destroy our economy and the airline industry was a smart place for them to start. It touches everything.
Find another way to protest the government intrusion. And keep flying. We're Americans, no one should be able to keep us on the ground if we want to fly. Do it.

I think you're right about them wanting to destroy us economically. I'm sure the terrorists are laughing their butts off watching us spend our way into oblivion over their threats. God help us.
On a calmer note...
Happy Thanksgiving to you and yours.

I don't fly any more...mostly because I have no reason to fly anywhere.

But if I did fly, I would probably land in jail for some smart alec comment to a TSA agent.

If we had a leader worth his salt, we would tell the countries that harbor terrorists that they have three months to rid themselves of them or we will blow their country off the map.

It's what Bush said he was going to do, but he didn't follow through.

I know that is extreme, but what they did to us was extreme.

They don't bargain, they don't negotiate and they hate us with a passion we cannot imagine.

They will bring us down economically if it seems easy for them to do, but if not, they will try to kill us all...such is their hatred for us.

Joe's exactly right. We -- all of us, Left & Right -- must realize that one cannot 'negotiate' w/ one whose only aim is to kill us. There's no room for negotiating w/ that. There's a reason the refer to us as "the great satan," & it ain't bec. of their affinity for our ways...