It's time to pick out his nursing home!


"I think an overwhelming portion of the intensely demonstrated animosity toward President Barack Obama is based on the fact that he is a black man, that he's African-American," Carter told "NBC Nightly News." "I live in the South, and I've seen the South come a long way, and I've seen the rest of the country that shares the South's attitude toward minority groups at that time, particularly African-Americans."

"That racism inclination still exists, and I think it's bubbled up to the surface because of belief 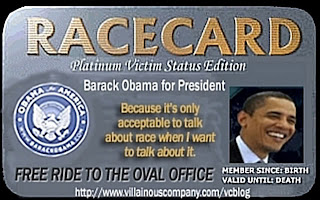 among many white people -- not just in the South but around the country -- that African-Americans are not qualified to lead this great country. It's an abominable circumstance, and it grieves me and concerns me very deeply," Carter said.

I can barely bring myself to comment on this because it is so absurd as to be laughable! But. This is a former president of the United States and what he says still has weight with some people. Not sure who those people are but some are all too happy to jump on that race card as soon as someone throws it. Carter has come out with too many irresponsible comments on domestic and foreign policy, and has been criticizing his own country outside it's borders. (not unlike our current president, come to think of it.)

Does he think he is helping anyone with this kind of rhetoric? Who does he help? Personally I think Jimmy misses the spotlight and power of actually being in office, any office, and needs to turn the attention back to himself. If that's not it - it's time for Amy and Roslyn to pick a nice home for him.

I can understand Carter playing the race card. Most of the criticism of the obamanation compares to the Carter administration! Carter just wants to divert attention from his own failed administration and like most liberals, he knows that pushing that race button will do it!

i thought the same thing listening to his dumb ass on the way home. huge unemployment rates, the energy crisis, the hostage crisis. he's just hoping to remake the poor image he'll be saddled my for all of history.

He needs to retire instead of running around the world as some self-appointed statesman of idiocy!