One of the first pieces of information I came across when I came home from work this evening was about the fact that support for Obama is falling in Illinois. Illinois being his home state (and mine as well) that does not bode well for him. I poked around on Twitter for a while and clicked on a link to a great article by Charles Krauthammer. That guy rocks, I tell you. There wasn't much on TV, this being the Friday before a holiday weekend, so I was flipping channels. That brought me straight to this post.
This has been rattling around in my brain for a while in one form or another, and I've mentioned it before. But as I landed on "Rachel Maddow" which I have never watched before, what the guest was saying caught my attention. He was laughing about people being so upset about president Obama speaking to school children next week and talking about how other presidents have done it. He was saying George H. W. Bush was the last president before Obama to have spoken to students, and the host - who was sitting in for Rachel Maddow (no idea who she was) asked this guy what the difference is between when George H. W. Bush spoke to school kids and president Obama doing it now. He was so smarmy and amused as he said "well maybe George H. W. Bush wasn't a COMMIE . . . ?" 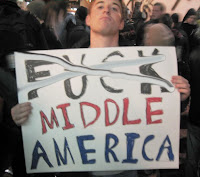 The banter went back and forth for a couple of minutes and I went on to something more entertaining. But just before I turned it off the host said something about how hard it must have been for the guy she was interviewing when he lived in the Midwest, implying that it must have been like being the only person with obviously superior intellect living in the midst of idiots at every turn.

This is why Obama is losing support. He does not understand the average guy. Or gal. He thinks he does but obviously he thinks (and says) a lot of things that aren't true. He would have no more idea how to relate to me than I would know how to relate to a trout. There is nothing in common there. He sees the inner city poor who sit on their butts having babies and killing each other, who are passing the welfare lifestyle on to their children - as "the folks." For a man who has been called brilliant, this has been a crucial error.

Men and women who go to work every day and take care of themselves and their families started speaking up, voicing their opposition to the stimulus bill, then the healthcare bill, cash for clunkers, all of it. And what did our fabulous president do? He used ridicule and sarcasm. And cemented the alienation that began with simple questioning and doubt.

People do not like to be insulted. They do not like to be made fun of and dismissed. Celebrities like Janeane Garofalo accused tea party attendees of being racist, flat out. God forbid she might consider there were real issues to be discussed; these people had to be plain stupid to oppose this incredible man - this newly minted icon of beauty and light and all things good! Bill Maher, little weasel that he is who makes money ridiculing the very idea of religion, he called America STUPID. Stupid because we. were. speaking. out! 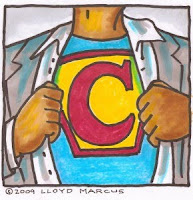 Liberals in general seem to think they are the "enlightened people" and oh those conservatives might catch up sometime but right now they need to be patted on the head and pushed aside. "We'll take care of this country, don't you worry your pretty little heads about it." After all - "We know what's best for you!" Or so they think.
Because we believe in the ideals this country was founded on, because we do not want the government to take care of everything for us, because we believe in God and right to life and we DON'T believe in the "anything goes" permissive society of today - we must be STUPID.
We will see who has the last laugh; we will see who has been underestimated, when we vote all these liberals out of office and kick that socialist out of OUR White House!
Nobody likes being disrespected Mr. Obama. Nobody.

Email ThisBlogThis!Share to TwitterShare to FacebookShare to Pinterest
Labels: conservatives, liberals, vs

I think it is well pointed out that Obama is out of touch with working people. His links are either to the pseudo-intellectual ivy-league set ... some of whom are terrorists themselves, or the will-nots he spent his career creating and "organizing". Both of these classes are hugely outnumbered by the working middle-class in this country who resent this type of condescending and arrogant behavior in a president. Unfortunately for Obama, it is the middle class who still makes the country's machinery move. Everything else is sustained by the fat that we produce. Alienating the working people reduces the fat produced. If the group of people who expect the government to do everything for them continues to grow, where will the resources come from to address their manufactured needs?

A side note that Obama's spokesman ... whatzizname ... Gibbs, said that Obama is the first president ever to speak directly to schoolchildren. That can't be true if President Bush did the same. I can't find the reference, but did JFK do this also?

Gibbs, yuk. :)
I have seen in several places that not only did George W.H. Bush spoke to school kids, but so did Ronald Reagan. Not sure where I got that from but I did see reference to president Bush in the last paragraph of this article at Politico. http://www.politico.com/news/stories/0909/26744.html

Gibbs is just not my favorite guy. Not surprised he doesn't have his facts straight.

How many times did I type George W. H. Bush? It is George H. W. Bush. Grrr. I hate it when I make mistakes like that.