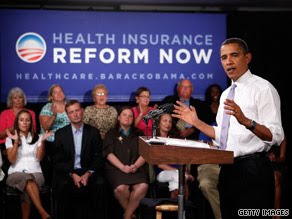 I just don't get it.  Seriously.  Where did this man come from?  How did we end up with a president who seems to be able to surround himself with the dregs of political life and conservatives are the only ones who notice?  I know Obama's numbers are falling, and thank God Pelosi and Reid are losing popularity too.  But there are still enough people out there who aren't worried about what is happening in this country.  And it's not because they necessarily drank the Obama Kool-aid.
Right now in my life, this country and it's state of affairs is way high on my priority list.  Probably higher than is good for my blood pressure.  If everybody was thinking about politics as much as I am they either better be getting paid for it, or they are well on their way to being insane.  But they're not.

Nobody at work seems to be thinking about it.  At my job anyway.  I work for a national - actually an international company, it's huge!  I talk to people all day but as far as co-workers are concerned, they seem to have some kind of attitude that says "yeah well the stimulus is a joke and I don't know about healthcare, but hell, what's the worse that can happen?"

THAT makes me crazy.  I know it's a bad idea to talk politics at work but I see more apathy than I am comfortable with.  And I am afraid that the apathy is more widespread than we think.  Too many people still are not informed and when they hear conservatives yelling to be heard - they just think we're nuts.

Don't they hear the lies?  When they watch President Obama give a speech, do they hear the inconsistencies?  Don't they notice the socialist leanings, the push - push - pushing to get things passed before people have a chance to make sense of it?  Do they consider the fact that the government is not disputing any of the facts Glenn Beck is coming out with on his radio and TV shows?  No.  Many people think Glenn Beck is a nutwad of enormous proportions.  Sad.  But the government is not saying he is wrong. 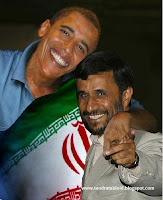 Tides ARE turning, numbers are changing and hope for the right is glimmering.  But we can't sit back and feel like we've done our job, we have exposed the Potus as a radical, a socialist, a liar and who is taking this country down a dangerous road.  No.  He's pulled in Van Jones, a self-described Communist who knows nothing about creating green jobs.  Half the other people he's hired don't pay their taxes or have radical leftist views.
When Obama gets up there in front of his teleprompters to give his next speech using the Alinsky tactic of ridiculing his enemies (conservatives), telling half truths and lying by omission, there are still people sleeping in the pews who need to be listening.  And THAT makes me nervous.
I do not believe he is who he tries to appear to be.
Posted by Janie Lynn at 9:33 PM

Email ThisBlogThis!Share to TwitterShare to FacebookShare to Pinterest
Labels: misrepresentation

Another excellent post! In fact, you seem to be steeped in excellence.

I sorta see the same thing at my workplace ... but there is a bit of commentary. IMHO people in America like to do things incrementally ... that is, I think we're experiencing a revolution in the beginning or smaller increments. People are seeing what is happening, and using the information to determine the next step. They don't want to trade freedom for security, particularly if nobody can afford the other costs ... with regard to the stock market, education, taxation, economics, and our presence in the "global" arena. They don't like the trend, and that is why Obama and his socialists are losing credibility. Many people say nothing, yet those same people do care about where we are going. The people I speak with who care do so for their progeny. These folks, myself included, do not want their children or their childrens' children living under an oppressive government. That is the direction that the majority believe Obama and his ilk would take us, and the secret is out.

I do enjoy reading your posts and hope you continue. We have our work cut out for us.

I hope you are right. I really do. .. and I certainly hope the trend in Obama (and friends) losing credibility continues!