*
Home from work today, I have a lot of vacation time to use up before the end of the year because I have put in over 20 years with the same company. I may not make a ton of money but I do have some good benefits. Don't let Obama know though, he might decide I need to share my vacation hours with someone who hasn't put in as many years as I have.
* 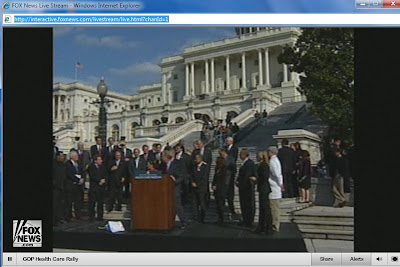 I missed the beginning of the coverage of the march on the capital today, but I took some screen shots from the Fox live stream of what I did see. There were many members of congress who spoke and in the end one of them said 'Go into those halls and find a democrat. They may be hiding in the basement, they may be sitting in the cafeteria pretending they aren't a member. But find them and tell them what you think!"
* 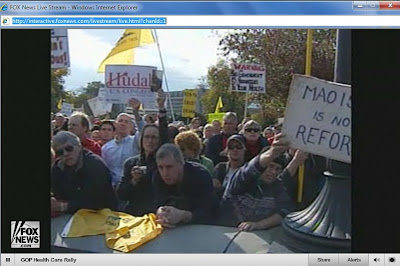 There were 2 members of congress who were holding copies of the bill, uncomfortably I might add, because it's so big and so heavy! Michelle Bachman said they were going to pass out all the pages of the bill and urged people to take a page, read it, and bring it to their representative and ask them to explain it to them. She also said "Then at least they can say they read part of the bill!"
* 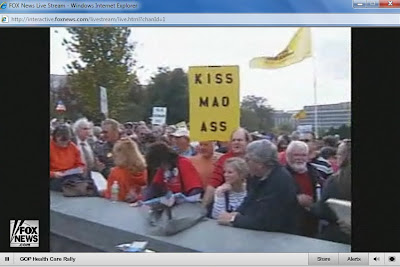 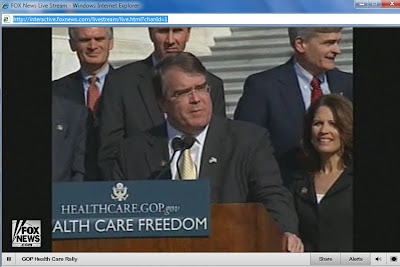 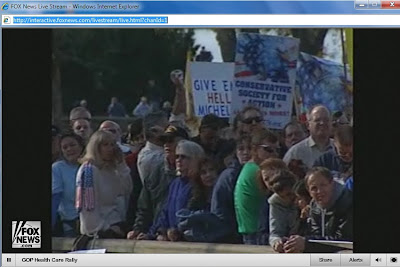 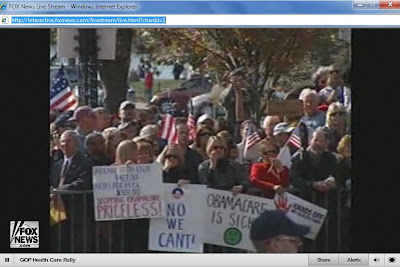 Throwing out pages of the healthcare bill 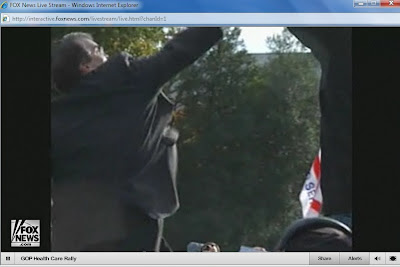 *Those blurry white spots - pages from the bill. 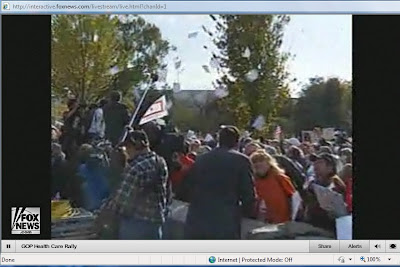 *
After ending by singing God Bless America the marchers were urged to go to the capital office buildings. Just before the feed was cut and all I could see where camera men and a few people milling around I heard "..any one of those buildings .. go get 'em!"
*
Reading the pages they received. 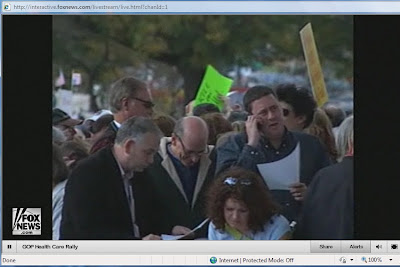 you have to spread those vacation hours out to the needy :)

Thanks for the montage, I was at work and missed everything, as usual.