*
WASHINGTON (AP) — President Barack Obama is scheduling a trip to Norway in December --to pick up his Nobel Peace Prize. It comes with a $1.4 million award that the White House says will be going to charity. Obama says he knows that the Nobel Peace Prize has sometimes been used to "give momentum to a set of causes." And he says he'll accept the prize as a "call to action" to work with other nations on the world's problems. 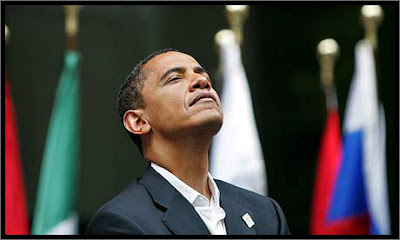 (Spiegel Online) - US President Barack Obama has shelved his plans to attend festivities marking the 20th anniversary of the fall of the Berlin Wall. Secretary of State Hillary Clinton will reportedly take his place at the Nov. 9 celebrations. 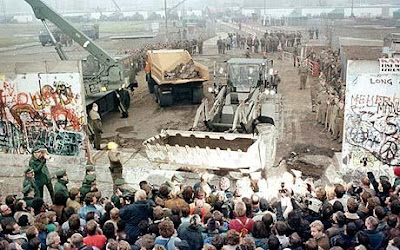 Germany is going to have to wait longer than expected for US President Barack Obama's first official visit. Citing government sources in Berlin, Reuters reported on Friday that Obama will not attend the anniversary festivities marking two decades since the fall of the Berlin Wall. The event will take place on Nov. 9 -- just two days before Obama embarks on a long-planned trip to Asia on Nov. 11.
Posted by Janie Lynn at 1:30 PM

Yeah, Oblama is a true globalist ... no doubt about that. Perhaps expending his energies on "the worlds problems" will distract him enough so that we the people can work on our own issues here in the U.S.