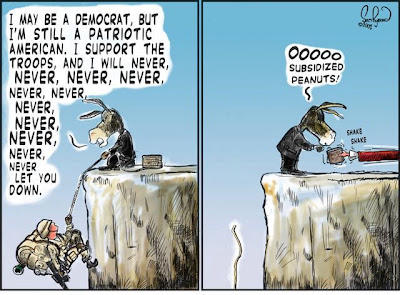 Hey, I think I know that ass.

Sure are they all, all honorable men.

The donkeys always do that. They have a long history. And they're doing it again.